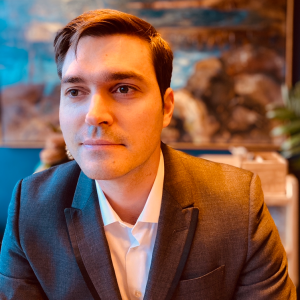 Have you seen our coupon & bonuses for this app?

Have you ever been annoyed at the limitations of your video playing apps for your website? You have in your mind the kind of functionality that you want and you are just unable to find programs which will do it? Perhaps you would like your video to automatically stop playing when somebody scrolls past where video is, or give your users the ability to watch a video at twice the speed. Up until now, these features had been difficult to come by and never all in a single package. But what if you could get all of these and many more fantastic features to give you near infinite control of your video playing?

That is why Pressplay exists. Pressplay is a video control software program which allows you to modify your videos to work and function in any way that you want. You’ll get videos that play and operate just as you need without being stuck with the limitations that come with YouTube or other video hosting sites. So what are some of the pros and cons of this incredible tool?

Start where you left off

This is an incredibly important pro and that is that if you are on the site and you start watching a video and leave, you can come back and with Pressplay you'll be able to start the video from where you left off instead of having to start all over again. This is a great feature particularly if your videos are instructional or training videos or even webinars, as people oftentimes have to leave for a variety of reasons. Perhaps their break is over or they have to excuse themselves for personal reasons, the ability to be able to come right back and start a video from where it left off is a fantastic feature and one that should be standard across the entire medium.

Autoplay can sometimes become annoying especially when you've gotten onto a site for the fifth or sixth time and you keep on having to hear the movie play. Fortunately with Pressplay you can modify it so that users only will have videos autoplay on their second or third time and after that it will stop. So for long-time users or individuals who come back to your site regularly, they will not be inundated with having to hear the same few clips repeatedly. This makes it nicer for your clients in a big way as now they are no longer forced to scroll to where the video is and press stop; rather they can now utilize the site’s full functionality as often as they like without having to listen to the auto play clip. People who are first-timers to your site though will still be able to have the auto-play function the first couple times as they are being newly introduced to it.

Another great feature brought to you by Pressplay is the ability for a video to stop playing if a user has scrolled down beyond the place where they can view the video. Alternatively, you can also set it so that the video continues to play after they have scrolled out or even open up

another tab. This gives your video the freedom to do whatever you need. Is it primarily for listening to? If so, then having the ability to open up other tabs while the video still plays will be great as your users will continue to be able to work or read while they listen. Alternatively, if it is important for a video to be watched then making it so the video turns itself off whenever a user is not in a position to view the video will make sure that your clip is viewed in the way that you intended. Pressplay is all about giving you the kind of minute power over your videos that you need to achieve the specific goals that you desire.

No matter how fantastic a piece of programming is, ultimately there are limitations either in the program itself or in the people who use it. So what are some of the cons for Pressplay?

One of the big things you should know about Pressplay is that Pressplay was designed for people who already know or have a good idea of how to conduct online video marketing. Although Pressplay can also be used for a slew of other features such as for webinars or things like that, it's primarily made for marketing and so if you do not know how to market your videos, no matter how good the software is, the biggest limiting factor will be you.

That is not to say that you will not be able to find ways of benefiting from the increased functionality of Pressplay but if you were expecting Pressplay to simply be installed and start making you money then you will be sorely disappointed. Learning how to market videos is an essential part of being able to use Pressplay to its full functionality.

With all that being said, Pressplay is an exceptionally powerful tool with its slew of features from auto stop, to autoplay settings, to the ability to pick up where you left off, or even to watch things at twice the speed. Pressplay gives you huge amounts of freedom when it comes to your video editing software preferences. You can always make your videos do whatever you need them to in order to achieve the goals you desire with Pressplay.

Make sure to view our Pressplay promotion below.

Have you seen our coupon & bonuses for this app?

Thanks for choosing to leave a comment. Please keep in mind that all comments are moderated for relevancy.

Your email address will NOT be published and you are welcome to share your website but please don’t use keywords in the name field. Let’s have a meaningful conversation about this topic.

These WordPress Black Friday Deals are the ones to keep an eye on to buy just like we are doing.

Any of these hosting companies would be a great pick for the Best Black Friday Website Hosting Deal this year.