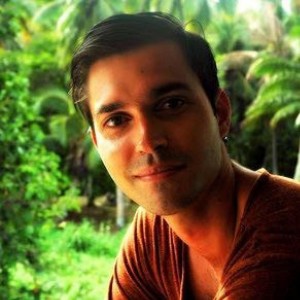 Chief Bootstrapper and eMarketing Coach.
If you are looking for more than just simple contact forms and want the ability to create a database from entries then this review is for you.

In this Formidable Forms review we will look at four key factors to the buyer's decision making process. This includes “Ease of use, Features, Pricing and Support”. So if you just want the quick overview of how Formidable Forms performs here it is for you.

This WordPress plugin ranks highly across all four key metrics with a combination of ease of use and a constantly expanding marketing feature set and stellar support means you can't go wrong when choosing this company.

The only area slightly marked down is pricing because of how some third party integrations are locked in at the highest tier rate of $599 which could be unfair depending on your app stack.

To further understand how we came to these numbers read the full review below.

In this Formidable Forms review we are going to look at two things.

First an introduction to the app and what makes it stand out from other form builders like WPForms and Gravity Forms?

And secondly we will take a closer look at their version 4 release and what that means for you.

What is Formidable Forms?

Formidable Forms is a WordPress plugin for creating visually appealing data capture forms on your website. Most people immediately think of contact forms but there is so much more that can be done when using a full featured solution like Formidable Forms.

Do you want to create an events website, movie review site or even a full blown social network? Now you can, using Formidable Forms especially when used with a plugin like Advanced Custom Fields for dynamically generating user generated content.

On the Formidable Forms website they even go as far as to say, “Create virtually limitless WordPress forms and applications”.

See an overview of their key features and selling points.

If you haven't already see a demo of Formidable Forms

Steph and Steve Wells are the two founders behind this company with Steph working on development of the plugin and Steve the designer.

Apart from the two founders the team consists of four other people focused on customer support. This is a good thing to see as a possible client because it shows that premium support is a top focus for this virtual team. So if you are thinking up some crazy WordPress form application, you know you will get the support to make it happen.

Formidable Forms start from $149 per year including support and updates. Plus claim our bonus plugin offer to get even more value.

How to use Formidable Forms?

The basic functionality of this tool is drag and drop easy. You select create a new form and you are presented with a number of different blocks that you drag and then save to create your form.

Once you have built your form with all the fields you want, you then go to the page you want the form on and you will see a Formidable Forms icon in your post editor to that page or post.

You can see the basic idea of building a form in the screenshot below.

Version 4 of Formidable Forms represented a big upgrade to the user interface and was necessary to compete with some of the newer form builders with more modern interfaces. As a testament to their work compare the above screenshot to what it used to be like.

The focus of the Formidable Forms was a complete redesign to make it more modern and easier to use. They have achieved this primarily through implementing a dynamic and contextual sidebar that presents you with the settings and styling options you need only when you need them.

The net result is that you now get better modern looking forms even quicker than before.

Now that you know how good Formidable Forms is, the natural question is price and how it stacks up to the alternative WordPress form builders.

There are three notable alternatives:

In terms of making a decision between these apps, WPForms is still king when it comes to ease of use and styling and at this moment is the cheapest at $39 per year (with coupon) and Gravity Forms is arguably on par with Formidable Forms when it comes to features (you need to buy addons though) but in the end you will pay more (ballpark $600+ per year) to get the same functionality as Formidable Forms at $399 per year.

But the new kid on the block – Fluent Forms represents the best deal because of their lifetime deal and they are catching up real fast to the more established players with almost bi-weekly updates to their plugin. They also have released a CRM for WordPress called FluentCRM which is definitely worth a look especially if you buy their form plugin.

Hope that helps but my main point would be to try the free versions of Formidable Forms, Fluent Forms and WPForms (Gravity Forms don’t have a free option but they do have a demo you can try here) and see how you go and which interface you prefer.

There are no dodgy up-sell tactics when you purchase Formidable Forms. You are immediately presented with an on-boarding process to get your first form up and running quickly.

The only technical up-sell is when using the free version (or a lower tier plan) in WordPress and you try to add a certain feature which you don’t have access to it will pop-up a prompt telling you to upgrade.

More thoughts about the different price tiers below in our conclusion.

Do we recommend Formidable Forms?

This really depends on you the buyer. If you can see yourself using Formidable Forms for more than just a simple contact form then yes absolutely you need to sign up – just make sure to carefully look at the plans because the integration you are looking for might not be available on the pricing plan you choose.

This leads me onto my main criticism of Formidable Forms and the way they handle integrations. For example if you choose the basic $149 per year plan you get limited autoresponder integrations. It really makes no sense that for example in our previous use case we would have to pay $599 per year just because of using ActiveCampaign! Now I can possibly forgive them for not including the full suite of integrations in the basic plan but limiting the middle tier plan on this should be changed soon for Formidable Forms to stay competitive with new entrants like Fluent Forms.

That being said Formidable Forms is a significantly more complete form builder than Fluent but who knows if that will still be the case in the next year or two.

An example of how this should be handled comes from Gravity Forms who give you access to all 12 email auto-responders they support at the time of writing as part of their basic plan. I hope Formidable Forms will take this as the constructive criticism I mean it to be and I will be able to update you all on this in the future.

Is there a Formidable Forms coupon code?

At this time Formidable Forms discounts are a rare commodity.

I am sure Formidable Forms will do some type of promotion or coupon code around seasonal holidays like 4th of July and Christmas as most companies in this space do.

My best advice is to pay the full price now and when a Formidable Forms sale comes up, claim the deal to extend your license and support at this discounted rate.

However occasionally vendors share coupons, these will appear below (or blank if none).

Get 30% off all plans of Formidable Forms.
VISIT WEBSITE Latest Deals

Formidable Forms start from $149 per year including support and updates. Plus claim our bonus plugin offer to get even more value.

Thanks for choosing to leave a comment review! Please keep in mind that all comments are moderated for relevancy.

Your email address will NOT be published and you are welcome to share your website but please don’t use keywords in the name field. Let’s have a meaningful conversation about this company.

3 Best Formidable Forms 4 Changes and What They Mean for You?